What to Expect During Radiation Therapy for Cancer Treatment 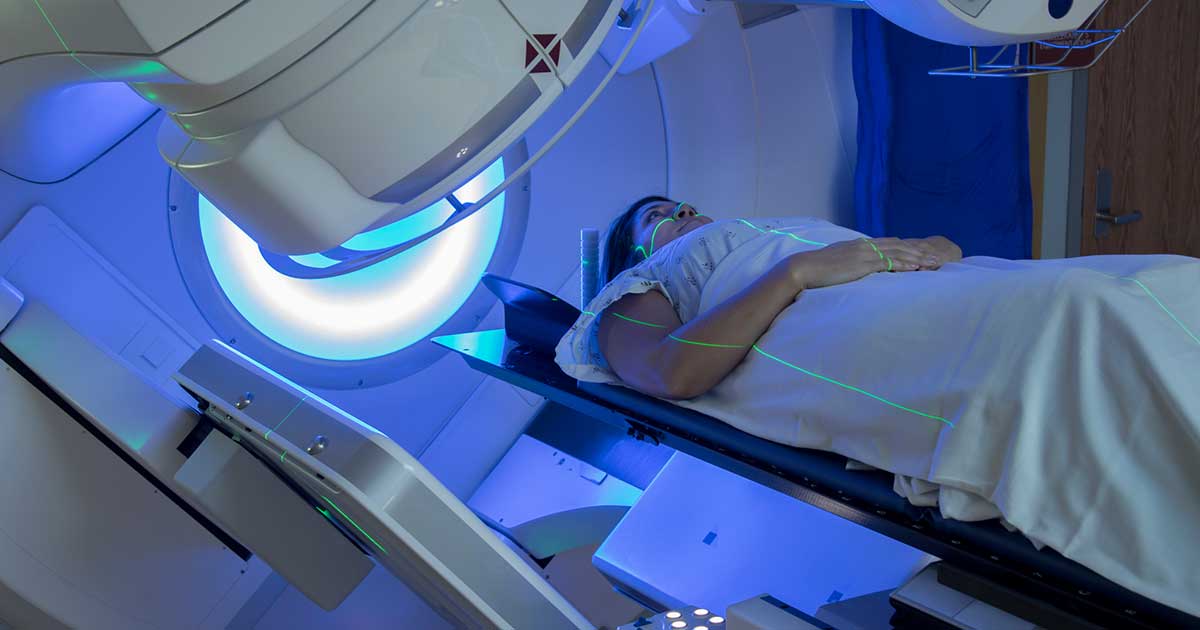 How Does Radiation Therapy Work?

Radiation therapy, also known as radiotherapy, uses high doses of intense energy to kill cancer cells. It is a very common cancer treatment, used in many different forms to help treat the disease. But, have you ever wondered, how does radiation therapy work? Let’s find out.

What Is Radiation Therapy for Cancer Treatment?

Radiotherapy is a treatment for cancer that aims to shrink or eradicate the cancer cells in your body. It’s a focused treatment as it works on the area of the body that the cancer is located, which is different from chemotherapy, as chemotherapy affects the whole body.

Radiation therapy can be external or internal, where the external treatment is delivered by a large machine called a linear accelerator; it moves around the targeted area. Internal radiotherapy can take the form of liquids which are drunk or injected into the body, or via an implant which is placed near the cancerous area or into it. Implants may be left in permanently, or just for a few minutes or days, depending on the type of cancer and where it is.

The delivery of radiation via implants is called brachytherapy and a sealed radioactive material is put inside the body. For example, liver cancer can be treated with brachytherapy when it cannot be removed with surgery. It is also commonly used for prostate, cervix, womb and vaginal cancer. If the implant is left inside your body permanently, then the radiation is released slowly over a number of months.

Liquid radiation therapies include radioactive iodine therapy, strontium therapy, phosphorus therapy and radium 223 therapy. Each of these are suitable for a different type of cancer, from thyroid to prostate, and the radiation is delivered intravenously, or via liquid or capsules.

How Does Radiotherapy Work?

The high-energy radiation that is used during radiotherapy damages the DNA of cancer cells. This stops them from multiplying and spreading, and the body naturally gets rid of them. Healthy cells are also affected by the radiation, but they are able to repair themselves, unlike the cancer cells.
Before treatment starts, various body measurements are taken so that the linac (linear accelerator) machine can pinpoint the radiotherapy in exactly the right place. When I had the treatment, I was given tattoos on my chest, the size of pinheads, for the medical team to line up the machine accurately. Various rulers are also used to ensure that the machine can spare as much healthy tissue as possible by aiming its beams at the cancer only.

You May Also Like:What to Expect from the Different Treatments for Mesothelioma
Related Search Topics:

In What Situations Is Radiation Therapy Used?

Radiotherapy is used in several situations. For example, it can be used to remove the cancer completely. In other scenarios it is used to shrink the cancer or relieve symptoms, such as pain. When it is used in this way it is a palliative treatment to improve the quality of life for the patient.
Sometimes radiation therapy is the only treatment that a patient is given, but often it is used alongside other treatments such as surgery and chemotherapy.

What Are the Side Effects of Radiation Therapy?

There are positive steps you can take to reduce the side effects, such as trying to exercise, which is recommended to limit fatigue; exercise will help with mental health too, so it is always worth trying to do some. Make sure you rest as much as possible too, especially if you are feeling extra tired. Sore skin can be treated with regular applications of moisturizer and it only lasts a few weeks after treatment has finished. Your medical team will advise which moisturizer to use, as it varies for each hospital.
A healthy diet is important during radiotherapy and you should try and maintain a steady weight as the dose will have been calculated for your body size. You should also try and drink at least two liters of fluid per day.

Anti-sickness tablets can help with nausea and you may receive regular blood tests to check whether you are anemic or have reduced levels of certain cells. You must take care in the sun throughout radiotherapy treatment and for a year afterwards, so ensure you use a high SPF sun cream and stay out of direct sunlight as much as possible.

What to Expect With Radiation Therapy

Before treatment starts, you will need to attend a planning session which will usually involve various scans and measurements being taken. It is essential that the radiotherapy machine avoids nearby organs and healthy tissue. You will be given a schedule of appointments which often take place every weekday for a few weeks. Some people may have fewer sessions, other people may have more - it depends on the type of cancer you have. The total dose of radiation is calculated and then divided by the number of sessions so that reduced amounts are delivered in each session.

Some types of cancer require a full bladder when the radiation therapy is given, so patients need to drink a certain amount of liquid before they can be called to the treatment room. This includes prostate and cervical cancer, as well as others.

To prepare for each session of radiotherapy you will need to lie very still on a table while the radiographers tweak your position so that it is lined up perfectly with the machine. When they are satisfied that you are lying in the right place, they will leave the room and operate the linac remotely. During this time, you must stay still for the duration of the treatment, around 15 to 30 minutes.

Some of my sessions lasted slightly longer than others because scans were taken during the treatment to monitor the cancer site. The radio would be playing in the background, which is quite nice, and if you need to attract the attention of the radiographers, then you can just shout or wave at the monitors as they keep an eye on you.

With radiotherapy treatment you can often drive to appointments yourself, as it is not like chemotherapy where you are likely to feel ill afterwards. You may also be able to work through the treatment, like I did, although many patients do not. It’s a very personal thing based on your own circumstances. Hopefully, this gives you a little insight into the question of "how does radiation therapy work?".