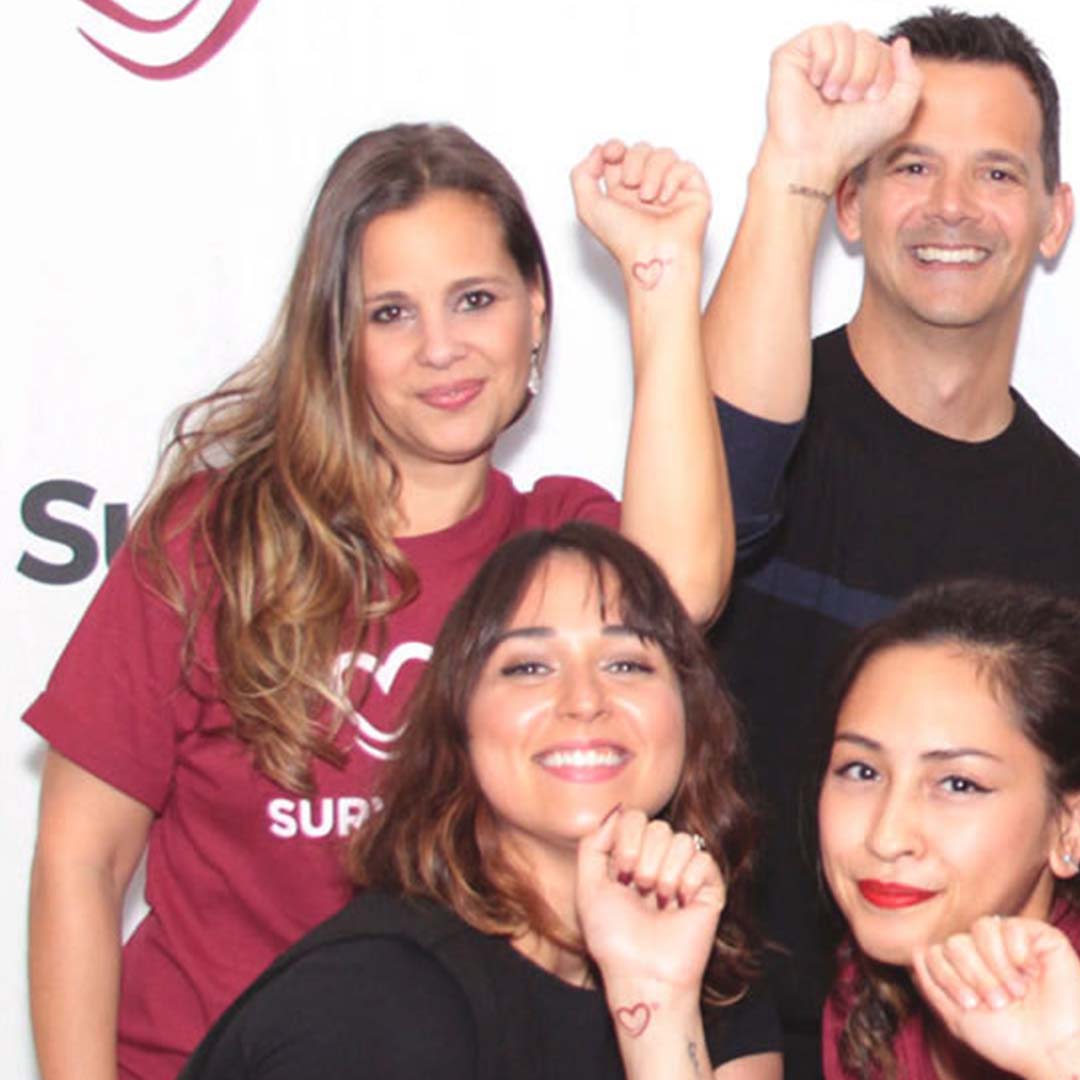 Community Voice:
Mailet Lopez
Founder and CEO of IHadCancer
At a Glance: IHadCancer

Community For: All Cancers

Mailet Lopez was diagnosed with breast cancer in 2008 at the age of 33; she received support from family and friends. However, she still found that they couldn't fully understand what she was going through. She spent hours looking for online support that could easily connect her to someone who could answer all of her questions about breast cancer.

One day, in a doctor’s waiting room, Mailet met another cancer warrior who was diagnosed with the same type of cancer a year earlier and around the same age. She was able to answer many of the questions that Mailet had and shared valuable information on treatment options. Most importantly, she really understood what Mailet was going through.

“She was really able to help me out and answer the questions that others weren’t able to. She guided me through the process, and what the journey was going to be. So it gave me a sense of control–even if it was minor–it gave me keys when there weren’t any,” Mailet says.

“That’s where the idea for IHadCancer all started [I didn’t really have the support I needed… [Even though] I had a great family, friends, colleagues, and wonderful support all around, not one of them actually experienced cancer. They couldn’t help me in the way I needed, but the woman who I met, by chance, could,” she says.

What makes IHadCancer different from other cancer communities?

“We are dedicated to addressing the emotional and psycho-social issues of cancer survivors, fighters and caregivers of all cancers and ages, in more than 160 countries around the world.”

It Started With An Idea

“I quickly became the cancer go-to-girl within my community. I’m a partner of an agency called Squeaky Wheel Media, andy business partner challenged me to do something about it. He said ‘you know, as a UX expert, why don’t you do something?’” Mailet says.

“We cover a lot of topics that people aren’t covering.”

“So I kind of became indebted to helping people out because I knew I was one of the lucky ones who had great insurance and support [from family and friends.] Usually not everyone is fortunate enough to have those things. I wanted to leverage those things with my professional experience, and give back,” she says.

“[I wanted to build something that] allowed people to find someone based on whatever they wanted to look for. Starting with age, gender, type of cancer, location; and allow them to connect,” Mailet says.

A Focus On Survivorship

“Over the years, [IHadCancer] has evolved into more of a survivorship [community]. We focus on life after cancer – the ‘now that you’re done with treatment, what happens next?’ Because it’s a topic that people don’t really talk about. When treatment is done, you [are expected to] get back into your normal routine, and everything is okay, but really sometimes it’s just the beginning,” she says.

“We provide the cancer community with meaningful and authentic content about some of the most common but least-talked-about issues,” Mailet says.

“We help people find their new normal after treatment, by touching on topics like scanxiety, fear for recurrence, chemo brain, survivor’s guilt, dating, etc. It’s a slew of things,” she says.

“Even though right now we’re focused on survivorship, IHadCancer is a community for anyone who has been affected by cancer," she says.

It’s Difficult to ‘Own’ Your Diagnosis

“It was a bit difficult at the beginning for people to really ‘own’ their diagnoses because when we launched, it wasn’t really a time when people spoke about cancer openly. Back then when you spoke about cancer, you spoke about it in hush-tones, it was kind of taboo [topic], and some people wouldn’t even want to say the word–in fear. The fact the site is called IHadCancer was a little difficult for people at first because you really have to be open,” Mailet says.

“But over the past 5 years, things have changed. This is something we’ve really enjoyed seeing–the growth in people being open about that they had cancer,” she says.

“Seeing that in our community has really been gratifying because nowadays, the sentiment is that cancer is not always a death sentence–it’s more of a chronic condition. And it is never anything to be ashamed of. ” Mailet says.

I wanted to build something that allowed people to find someone based on whatever they wanted to look for. Starting with age, gender, type of cancer, location, and allow them to connect with one another.

The Community Comes Together to Support One Another

“The community rallies around each other, supports each other and helps each other out. It’s amazing to see the selflessness – by helping others, you help yourself,” she says.

“When you put your story out there, you get things off of your chest, which doesn’t only help you, but it also helps the next person who is bound to experience similar emotions,” Mailet says.

“The community also provides coping tips and resources. For example, there was one case when someone was feeling really down, and couldn’t see that light at the end of the tunnel. She opened up about it, and hundreds of members started to send messages, and it was just so beautiful,” she says.

“At the end of the day, she was like ‘wow, I did not realize that I had this much support behind me. I didn’t realize people cared this much.’ and so it completely changed her view. It’s just a wonderful thing,” Mailet says.

Every Story Is Special

“I’m almost ten years cancer-free, but I still need IHadCancer. We listen to what the community says and read their stories and then we put out content that affirms that ‘you are going to be ok’ and ‘you are not alone,’ because we know that’s what you need to see when you’re first diagnosed- you want to see someone 2-months or a year from where you are. And then as you go, you still want to see stories about someone who hit that two-year mark or ten-year mark” she says.

“Every cancer is different.”

“No matter where you are, what stage you’re in, seeing that next person get through the hurdle gives you the energy and courage to continue to keep moving forward,” Mailet says.

“I think at the root of it is… it’s really giving people an ability to tell their story, and letting their voice be heard. I think that probably is most important and people may not realize that their story actually matters,” she says.

“No matter how insignificant you think your story is, it could actually be exactly what that next person is looking for. Being that voice provides the ability for you to reach other people...but it also allows you to better understand and support yourself. When you get comments and the feedback you’ll realize that you are not alone and others feel the same way as well,” Mailet says.

“Every cancer is different. But within each story there are many similarities in the experiences,” she says.

“That’s why our tagline is, ‘Shared Experiences, Shared Strength.’ Tapping into the experience of other people provides hope and comfort that if that person has got through it, then I can get through it as well,” Mailet says.

“Knowing you’re not alone in this journey is really powerful, and can help you to get past the hurdle that’s in front of you,” she says.

By creating an account on IHadCancer, you’ll be able to connect with thousands of other cancer fighters, survivors, caregivers and supporters who truly understand what you’re going through.

You may even discover some new coping skills or strategies to help you. Even if you don’t want to share your own experiences with the community, reading what others post may help you to see that you’re not alone.

When you have a chronic illness, feeling like you’re part of a community and knowing that you’re not alone in your day-to-day struggles is important.

Some voices in this community stand out as pillars of strength, always there to listen and offer words of understanding and encouragement. Their realistic but positive outlook has a way of empowering others.

NewLifeOutlook’s Community Voices project is our way of recognizing these people — and we need your help to do it.

If there’s a blogger, a tweeter, a YouTuber, a Facebook group creator or a forum moderator who inspires you to persevere in the face of chronic pain, fatigue and brain fog, we want to know about it — nominate them by contacting info@newlifeoutlook.com