What Are the Common Side Effects of Chemotherapy? 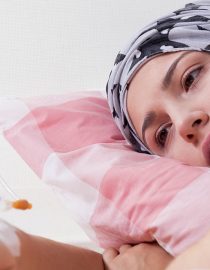 Side Effects of Chemotherapy to Be Aware Of

Chemotherapy is one of the most common forms of treatment used for cancer. Sleeping problems, along with other symptoms are frequently associated with chemotherapy.

If you had been diagnosed with cancer, you should talk to your doctor and see if is suitable for you. The next thing to do is to review the potential side effects of chemotherapy with your doctor.

How Does Chemotherapy Work?

The goal of chemotherapy is to destroy cancerous cells using various drugs. During systemic (or whole body) chemotherapy the anti-cancer drug is injected in a vein or given by mouth. The drug initially enters the bloodstream, and from there will spread to various areas of the body.

The Most Common Side Effect of Chemotherapy: Insomnia

Talking about sleeping problems in cancer patients, chemotherapy is one of the leading causes. Usually, patients experience insomnia – whether they have problems falling asleep at night, or waking up frequently in the middle of the night. As a result, they wake up tired in the morning.

Immunotherapy (which preceded the chemo in patients diagnosed with cancer) is well known to cause fatigue as well.  Naps will be used in an attempt to deal with low energy, but they will further aggravate insomnia at night.

In recent years, researchers found that sleeping problems are also a very common side effect of chemotherapy, and often goes unrecognized and therefore untreated.

A 2009 study for example published by the American Society of Clinical Oncology reveals that 37 percent of the participants (cancer patients who received chemo) complained of insomnia and as many as 43 percent had insomnia syndrome (as diagnosed by doctors) – these patients had problems falling asleep and staying asleep at least 3 days per week during the first two cycles of chemotherapy.

Other Chemotherapy Side Effects to Be Aware Of

Doctors prescribe chemotherapy by looking at the benefits and risks. If this treatment seems to be beneficial (effective) for you, the next step is to look into possible side effects.

Why Is Sleep Important for Cancer Patients?

Poor sleep will also affect the mood (aggravating symptoms of depression for example), energy levels, pain, and many other symptoms. Sleep indeed has true healing benefits and you may be surprised to find out some problems that you may not think are linked with sleep problems.

For example, sleep deprivation is associated with frequent colds and flu, since the immune system becomes weak if you don’t have enough sleep (and because of cancer, too). Chronic lack of sleep also correlates with an increased risk of heart diseases (including heart attacks), because promotes inflammation in the cardiovascular system.

Sleep problems create hormonal imbalances (including abnormal levels of leptin) which lead to obesity (obesity is a risk factor for some form of cancer).

Diabetes can also develop if you don’t get a good night sleep on a regular basis – one study, for example, shows that people in the 20’s and 30’s who sleep less than 6.5 hours a night have the insulin sensitivity of someone who is three decades older.  Another study shows that one week of lack of sleep causes impaired glucose tolerance.

You might also like...Can Acupuncture Help With Liver Cancer Symptoms?

How to Cope With Chemotherapy-Related Insomnia and Sleeping Problems

First of all, the doctor has to evaluate and find out the cause of the sleeping problem. Although sleep problems are one of many side effects of chemotherapy, other factors should be considered as well – for example, dexamethasone (used to treat nausea during chemo) is also linked with insomnia. Pain can also wake you up in the middle of the night, and so does depression.

The best way to help your doctor find the cause of your sleeping issues is to keep a sleep diary. Keep track (write down) when you are asleep and awake and any factors that may contribute to your difficulty sleeping at night.

Do not eat, or exercise a couple of hours (and avoid coffee six hours) before going to bed. Avoid naps during the day, and if you can’t – at least keep the naps short (no more than half an hour).

It is important to talk to your doctor to understand how chemo treatment works. Review with your health care professionals all the options you have (like surgery or radiation) it is also important to monitor your health and tell your doctor about any side effects you develop from the treatment, because these side effects should be properly managed.

In some cases the doses of chemo drugs may have to be decreased, delayed or even stopped to prevent worsening the side effects. For sleeping problems you should avoid taking long naps during the day, go to sleep when you actually feel sleepy , and try some CBT (or cognitive behavior therapy) provided by psychotherapists.

Journal of Clinical Oncology (Prevalence, Demographics, and Psychological Associations of Sleep Disruption in Patients with Cancer)

NHS (Side Effects of Chemotherapy)

Dr. Brindusa (Brenda) Vanta received her MD from Iuliu Hatieganu University of Medicine, Romania, and her HD diploma from Ontario College of Homeopathic Medicine. Her main focuses are nutrition and homeopathy.

Why Does Liver Cancer Cause Pain, and How Do We Treat It?

It is estimated that one in three people undergoing treatment experience liver cancer pain. If the cancer has become advanced, that number is even higher.
by Krystina Ostermeyer on December 14, 2016
Advertisement
Click here to see comments
See Also

You might also like...How Obesity May Worsen Ovarian Cancer

Join the
discussion today!
Visit us on Facebook
Advertisement

We are building our Cancer community.