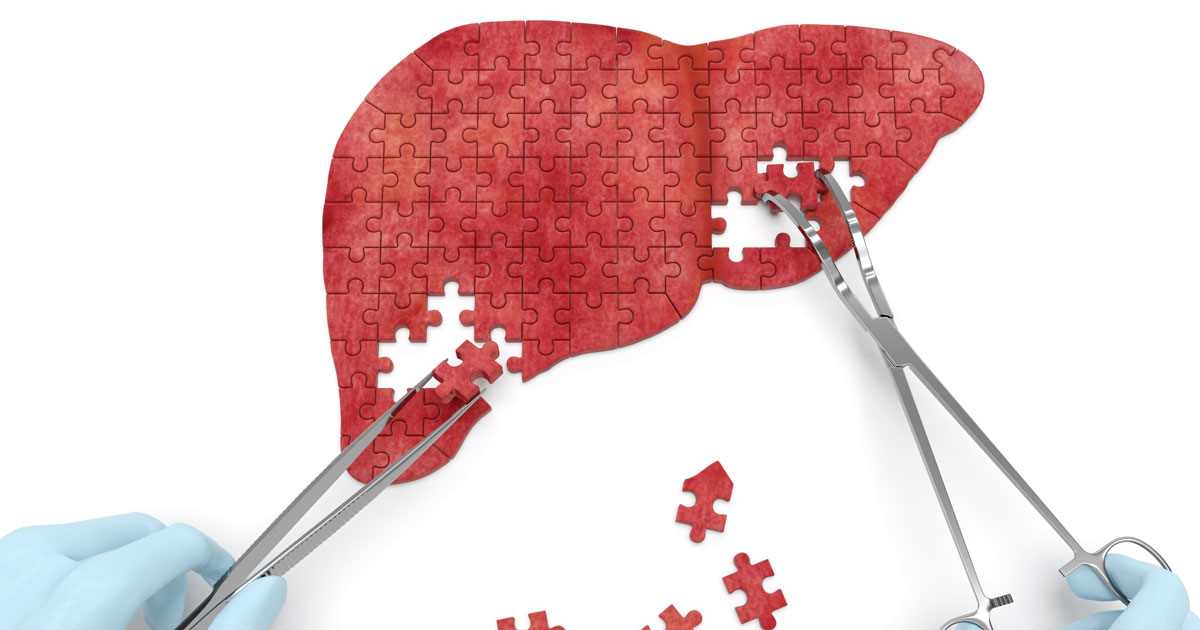 The liver is an amazing organ, responsible for filtering toxins, chemicals, nutrients, and waste products from your blood to keep your body clean and in good working order. But since all your blood eventually passes through your liver, cancer cells can travel to this organ much more easily than they can reach most other organs.

Most cases of liver cancer are known as secondary liver cancers or metastatic liver cancers: they have originated elsewhere in the body and traveled through the blood and to the liver, where they form a tumor.

A much smaller percentage of liver cancers are primary cancers, meaning they began in the liver. Primary liver cancer (also known as hepatocellular carcinoma) accounts for about 2 percent of cancers in the U.S.

Although it can be difficult to sift through the information, below we’ve compiled various possible causes of liver cancer. While these “causes” are actually risk factors – we’re not entirely sure why one person may have a risk factor and go on to develop liver cancer, and another will not.

Like many cancers, there is a hereditary component to liver cancer, but many more environmental and lifestyle factors can significantly impact your risk. Below you can find many common liver cancer causes below.

Cirrhosis is scarring of the liver. This scarring can make it, so the liver doesn’t work as effectively, and also increase your chances of developing liver cancer.

The risk of cirrhosis varies based on what caused the cirrhosis.

For example, cirrhosis has various causes. It can be caused by heavy drinking, an infection with hepatitis B or hepatitis C, or certain medical conditions, such as hemochromatosis and alpha-1 antitrypsin deficiency. Primary biliary cirrhosis also increases the risk of liver cancer.

Non-alcoholic fatty liver disease (NAFLD) causes fat to build up in the liver, causing inflammation. This inflammation can lead to cirrhosis.

It is estimated that people with NAFLD may have four times greater risk of developing liver cancer than people without it.

Hepatitis is a group of viruses that can eventually cause permanent damage to the liver. Hepatitis A is an acute infection that doesn’t pose the same risks as hepatitis B or hepatitis C.

For those with long-term hepatitis B or C infections, it’s very important to get treated and avoid alcohol altogether or your risk of liver cancer climbs even higher.

Hemochromatosis is a condition that causes too much iron to build up in the body, which may damage the liver, heart, and other tissues.

The most common type of hemochromatosis runs in families (although liver disease and alcoholism can also lead to the disease). Since it takes quite a long time for iron to build up to dangerous levels, symptoms usually don’t show up until after age 40.

Wilson’s disease is an inherited disorder that causes copper to build up in the liver and other vital organs. Like iron, copper is an important element for good health, but in high amounts, it can cause permanent damage and put you at higher risk for diseases like cancer.

Symptoms of Wilson’s disease tend to appear earlier in life, between the ages of 12 and 23.

Not every ailment involving the bile ducts will put you at risk for liver cancer, but certain conditions can raise your risk — most notably, cholangiocarcinoma (cancer of the bile duct) and gallbladder removal to treat gallstones.

Smoking appears to increase the risk of developing liver cancer, and most types of cancers. In the UK, researchers estimate that smoking causes 25 percent of all liver cancers!

Children who had parents who smoked before or during gestation are at increased risk for a specific type of liver cancer – hepatoblastoma.

Having diabetes seems to increase the risk of developing liver cancer. The increased risk appears to be because higher insulin levels are circulating in the body. It could also be that diabetes causes damage to the liver.

However, if you take metformin for your diabetes, it may actually reduce your risk of developing liver cancer. Metformin helps your body to use its insulin more efficiently, so your liver may be working a little bit less when you take it.

Anabolic steroids are the use of male hormones by athletes and bodybuilders to build strength. While the use of these specific type of steroids does build strength, it can come at a cost – it can up your risk of liver cancer, as well as various other types of cancers. The risk increases if you use the steroids regularly and long-term.

Aflatoxins are a substance that grows on moldy wheat, corn, nuts, soybeans, peanuts, and groundnuts.

This substance is grown by a fungus that grows on these foods and is typically present in warm, tropical climates, although they can grow anywhere. Aflatoxins are generally an issue in less wealthy countries.

For aflatoxins to become a risk factor for liver cancer, they must be ingested on a long-term basis.

Also, other chemicals are thought to increase the risk of liver cancer. Certain herbicides, as well as vinyl chloride are both chemicals to avoid.

Vinyl chloride is a gas that is produced industrially; it is used to make polyvinyl chloride (PVC). While PVC on its own is not dangerous, workers in factories while it is being produced are at increased risk for liver cancer, as well as brain and lung cancers, lymphoma and leukemia.

Hemochromatosis is the buildup of excess iron in the body.

Our bodies need iron to produce hemoglobin; hemoglobin carries oxygen to our cells. However, when we produce too much iron, it can damage not only the liver, but the lungs, the heart, and can contribute to diabetes and arthritis.

Hemochromatosis can be an autosomal recessive trait, meaning that it is passed on in our families. When this happens, our children have an increased likelihood of getting this disease.

However, it can also be “acquired” and then it is called secondary hemochromatosis. Someone would get this as a result of too many blood transfusions, liver disease, or alcoholism.

The most common treatment for hemochromatosis is phlebotomy or donating blood. Donating blood on a regular schedule regulates the amount of iron in the blood, thereby reducing the risk of complications (and your risk of developing liver cancer!)

Most of the time, treatment is lifelong. Occasionally, treatment is temporary, such as in the case where someone has acquired hemochromatosis.

Remember that if you have hemochromatosis, keeping up with your phlebotomy schedule is important in reducing your risk of liver cancer.

If your liver cancer is diagnosed with secondary cancer, your medical team will need to know where the cancer started to treat it properly.

Cancer treatment is always tailored to the initial type of cancer, since those are the cancer cells that have moved to the liver, and they will look and behave differently than primary liver cancer cells would behave.

What You Can Do to Protect Your Liver

You can’t eliminate your genetic risk, but there’s a lot you can do to lower your risk of both primary and secondary liver cancer.

A healthy lifestyle is the most important foundation for a healthy liver, and that means eating a wholesome diet and carefully avoiding toxins that could cause liver damage.

Since viral infections can increase your risk, it’s important to get tested for hepatitis B and hepatitis C, and if you are infected, start treatment right away.

The liver has a surprising ability to heal itself with the right care and nourishment, but the longer the problem remains, the more scarring will occur, and that damage can be irreversible.

Angela Finlay
Angela is a freelance writer and blogger committed to learning, understanding and communicating about the matters that affect daily life. From fitness and lifestyle, pregnancy and medical ailments, she has covered a range of health topics throughout her web writing career, contributing to major websites for over three years. See all of Angela's articles
More Articles by Angela