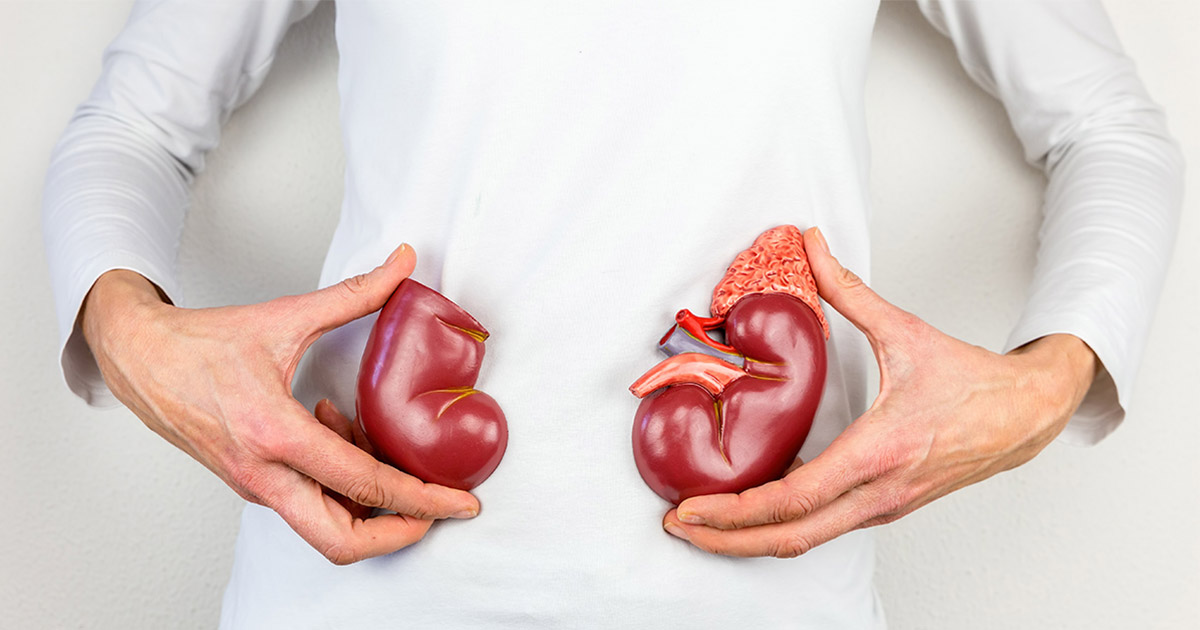 What Is Kidney Cancer Metastasis?

Kidney cancer can spread from one mass of cancerous cells to other parts of the body. The process is called metastasis.

How Does the Cancer Spread?

When kidney tumors are left untreated, they will spread to the tissues around the tumor in your kidney. After that, it may move from your kidney into the lymphatic system.

The lymphatic system is a network of organs and tissues that help the body rid itself of toxins, waste and other undesirable materials.

Metastatic kidney cancer is also referred to as stage IV – the most advanced stage of cancer. At this point, cancer has invaded the lymphatic system and/or other organs, such as the brain, bones, or liver.

Unfortunately, most types of kidney cancer are not recognized during the early stages when the tumor is small and confined to the kidney. Symptoms are mild and nonspecific until the cancer is far advanced.

Up to 25 percent of people who are diagnosed with kidney cancer have cancer that has already metastasized, this according to one report from the Japanese Journal of Clinical Oncology. According to the American Cancer Society, the survival rate for Stage IV kidney cancer is 8 percent.

People who survive stage IV kidney cancer more than five years do so because their metastases are isolated to one area and can be surgically removed. In general, metastatic cancer cannot be cured, but survival chances improve if the cancer is removable from the kidney and other organs.

What Are Your Kidney Cancer Metastasis Treatment Options?

Surgical removal of the cancer is an option where the kidney tumor and any metastases are isolated.

Your doctor is in the best position to determine whether you are a candidate for surgery. Moreover, even if surgery is not an option, you still have other options.

Biological cancer therapies interfere with the way cells work. They also boost the body’s immune system response to fight off and destroy cancer cells and block the signals that promote cancer cell growth.

These medications are known for their ability to shrink or control advanced kidney cancer.

There are several targeted therapy drug options, including Sorafenib (Nexavar) and Sunitinib (Sutent), that target molecular and genetic changes responsible for causing cancer. These medicines are used when traditional chemotherapy has not worked or isn’t an option.

Targeted drugs have been very effective in treating kidney cancer and are the first line of treatment in advanced stage kidney cancer. While they can shrink and halt cancer cells, they are, unfortunately, not a cure.

Researchers and doctors are still learning about the best ways to administer targeted drugs in the treatment of advanced kidney cancer. What they know for sure is that these drugs are most effective if more than one is used at a time and if one targeted drug is not working, another can be used.

Arterial embolization blocks the artery that manages blood supply to the diseased kidney. A small tube is placed in the inner thigh artery and moved up until it reaches the artery going to the renal artery.

The material is then injected into the artery to block it and cut off the blood supply to that kidney. This causes the kidney and the tumor to die.

While this procedure is not often done, research shows it is a safe and effective treatment. It is also well-tolerated over surgery.

To date, however, arterial embolization has not been evaluated in a controlled setting.

Hormone therapy is a form of chemotherapy that uses synthetic hormones rather than cytotoxic drugs (medicines containing chemicals toxic to cells to prevent replication or growth). This type of therapy has fewer side effects than traditional chemotherapy.

Hormonal therapy, unfortunately, is better at managing symptoms of advanced kidney cancer than eradicating cancer cells. It is, therefore, used in conjunction with other treatments.

You May Also Like:What Are the Most Rare Types of Cancer?
Related Search Topics:

Radiotherapy is not usually a primary treatment for kidney cancer. However, it can be used to treat cancer that has metastasized to the bone, brain, or spine.

It is also a form of pain management for pain related to cancerous tumors and metastases.

When it is used to eradicate cancer cells, high energy radiation is designed to kill cancer cells or slow down their progression. It is localized, so treatment is specific and targeted.

Radiation therapy damages DNA inside cancer cells to prevent them from growing and multiplying. Treatment is usually outpatient and specific treatments are determined by tumor locations.

It is important to note that survival rates are averages. Even in stage IV, you still have treatment options that will slow down the disease and help you to manage symptoms.