Insulinoma: A Tumor of the Pancreas 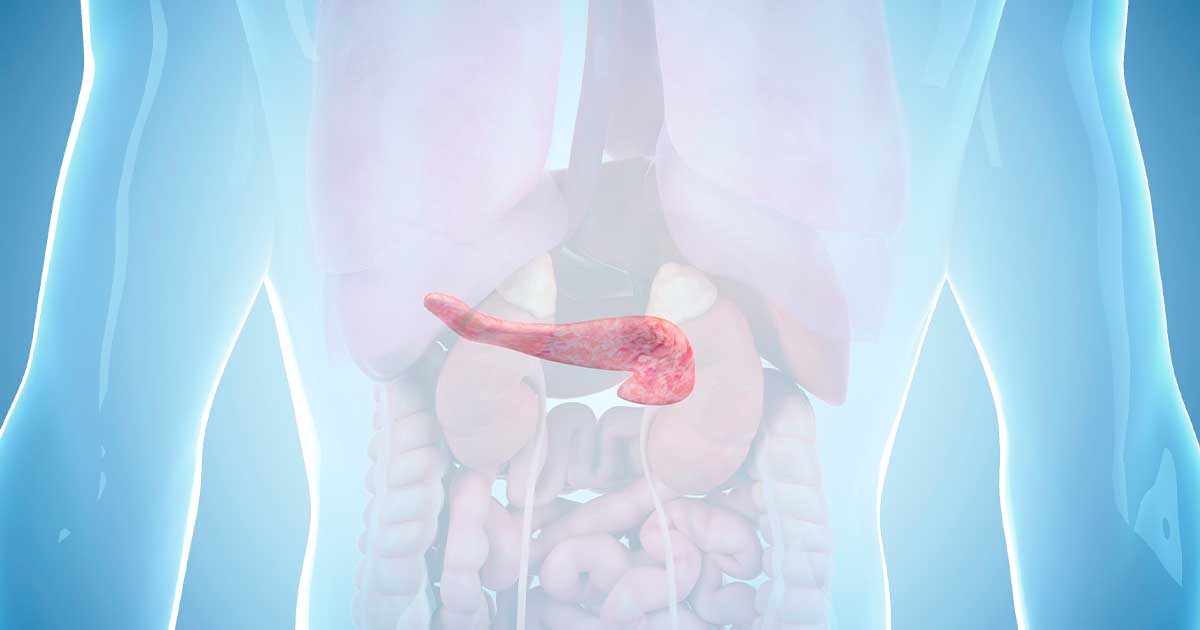 An insulinoma is a rare type of tumor that occurs in the pancreas. The cells which control the body’s blood sugar levels are called beta islet cells and these can form insulinomas, which make the hormone insulin. When you have insulinoma your body produces insulin constantly, even when your blood sugar is low.

Insulinomas are known as NETs, or neuroendocrine tumors, and only affect up to 32 people per million every year. Most insulinomas are benign, and the treatment will vary based on whether it is cancerous or not.

What Are the Symptoms of Insulinoma?

Since insulinoma is associated with having low blood sugar levels (also known as hypoglycemia), the symptoms are the same, namely:

When hypoglycemia is caused by insulinoma it can happen at any time, not necessarily when you haven’t eaten recently. It can cause you to faint or even go into a hypoglycemic coma, so is potentially extremely dangerous.

What Are the Causes of Insulinoma?

It isn’t known exactly why insulinomas form, although pancreatic cancers in general have a number of risk factors. These include age, since most NETs occur in people aged 50 to 60, and women are slightly more likely to develop an insulinoma than men. Having an unhealthy lifestyle is the cause of many cancers, and pancreatic cancer is no different.

Smoking increases the risk, and the more cigarettes you smoke the bigger the risk. If you are a heavy drinker, then your chances of getting pancreatic cancer increase, so cutting back on alcohol is a great idea. If you are a diabetic, then there is more chance of you getting insulinoma, and if you have a family history of any cancer, then a pancreatic NET is more likely.

A rare syndrome called MEN1 causes a number of endocrine tumors to develop, including insulinoma. This is a genetic condition, so if you are diagnosed with MEN1, then your close family should be tested to see if they also carry the faulty gene and are at an increased risk.

How is Insulinoma Diagnosed?

Since the symptoms of insulinoma mirror those of many other common conditions it can be a challenge to diagnose it.

You May Also Like:How Is a Kidney Cancer Diagnosis Made?
Related Search Topics:

Initially your doctor will check your temperature, blood pressure, heart rate, and blood sugar levels, before referring you to a specialist.

You are likely to be referred for tests and scans to check your blood sugar, insulin and C-peptide levels, and also your proinsulin status. You will usually be admitted to hospital so that the medical team can conduct the tests over a period of three days. The tests will be performed while fasting, to ensure they are not affected by exercise or eating.

Other tests that could then be organized include ultrasound, CT and MRI scans, to check the location of any tumors. They will establish the size of the tumors and whether they have spread to other parts of the body. An endoscopy is used to check the digestive system, including your stomach, bowel and food pipe, and allows small pieces of suspicious tissue to be removed for biopsy if required.

If you receive a positive diagnosis for insulinoma you will be referred to a medical team that will include an endocrinologist and specialist nurses.

How is Insulinoma Treated?

The treatment will vary depending whether you have a single tumor or many, and also whether it is benign or malignant.

Surgery is the main form of treatment and is generally extremely successful in providing a cure.

If the insulinoma is contained within the pancreas, then it is more easily treated than if it has spread further. Stage 3 insulinoma means that the cancer has grown into the blood vessels, bowel or stomach. Stage 4 is where it has spread elsewhere, such as the liver.

If the insulinoma is contained within the pancreas, then it can usually be removed completely by a surgeon. This provides a cure for most people and for small tumors it can be performed via keyhole surgery (laparoscopy). For larger tumors, part of the pancreas may also need to be removed, as well as (in some cases) part of the small bowel, gallbladder, bile duct and stomach.

If you have the genetic condition MEN1, then it may be advisable to remove your entire pancreas to prevent further tumors forming in the future.
If surgery is not possible, then other treatments include chemotherapy, drug treatments, radiofrequency ablation and trans-arterial embolization. Alternatively, your low blood sugar levels can be controlled via diet and taking medicine.

How Can Insulinoma Be Prevented?

Since doctors don’t know for certain why insulinoma tumors form, there is no known way to prevent them. It would, however, be worth getting checked for the genetic conditions which increase the risk of insulinomas, like MEN1 and also Von Hippel-Lindau syndrome, tuberous sclerosis and neurofibromatosis type 1.