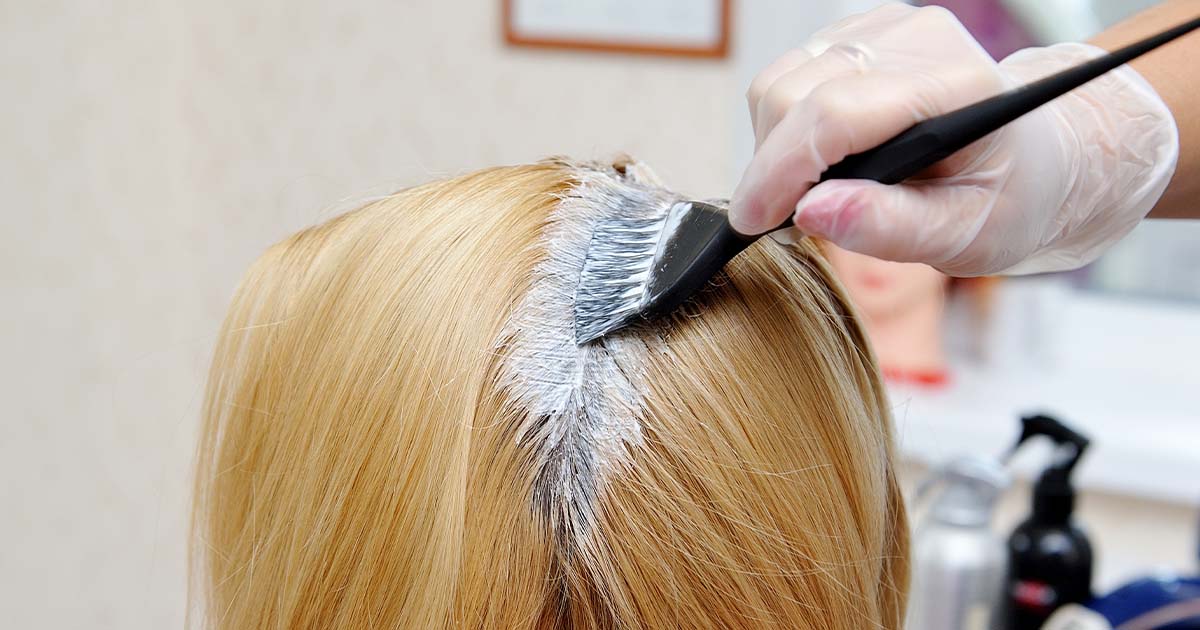 Like many women I have been bleaching and coloring my hair since I was a teen, but it never occurred to me that doing so could be exposing me to serious health risks. I’ve never been sure what caused my breast cancer since I do not fall into any of the high-risk categories. I sometimes blamed the two years I took hormone replacement therapy, despite my surgeon saying that it only played a minor role, if any. But, there is possibly a hair dye and breast cancer risk.

Otherwise I was fit, I exercised regularly, ate a healthy diet, rarely drank and was a normal weight. Could my decades as a blonde really have affected my risk of getting something as serious as cancer? I was curious to find out more about the hair dye and breast cancer risk.

Why Is Hair Dye Potentially Dangerous?

Using hair dye is such a common activity that I imagine most people do not give it a second thought. However, permanent and semi-permanent hair dyes contain a multitude of chemicals, such as aromatic amines and phenols, which affect how hormones act inside your body. One of these is estrogen, which is one of the triggers for hormone-related breast cancers and makes cells grow abnormally. As a result, any exposure to chemicals that have the same effect should be limited where possible.

These chemicals are absorbed through the skin and can also be breathed in from fumes generated during the dying process. This means that hairstylists are at risk from working around the chemicals, as well as the people who are having their hair dyed.

Temporary and semi-permanent dyes are not thought to carry the same risk as the permanent versions.

The Link Between Hair Dye and Breast Cancer

Past studies had not found significant links between the use of hair dye and breast cancer.

This 2017 study showed a connection between darker hair dyes and breast cancer among African American women, but it was not until late 2019 when The Sister Study was published and the risk was highlighted for all women.

The Sister Study reported evidence from over 50,000 women living in the U.S. and Puerto Rico, and reported a more significant risk for all women using hair dye. The women all had sisters who had been diagnosed with breast cancer but had not received a diagnosis themselves.

Scientists at the U.S. National Institute of Environmental Health have been tracking the health of these women since 2003 for the study.

Results of The Sister Study

The Sister Study participants answered annual questionnaires about their lifestyle and health and those who regularly used permanent hair dye were 9% more likely to receive a breast cancer diagnosis compared with those who didn’t use hair dye.

You May Also Like:Understanding What Mesothelioma Is
Related Search Topics (Ads):

What’s interesting is that temporary and semi-permanent hair dyes did not pose a greater risk and there is no mention of bleach in the studies. Temporary dyes do not penetrate the hair shaft, and although semi-permanent dyes do go into the shaft, they only last from 5 to 10 washes.

It seems that the chemicals found in darker hair dyes have a carcinogenic effect and different chemicals may be used in the dyes which are specially developed to be used on the texture of Black women’s hair. It could be these harmful chemicals, as well as the greater likelihood of Black women using darker hair dyes, which increases their risk of getting breast cancer.

It’s worth pointing out that the results of The Sister Study are not necessarily typical of the wider population as the participants all have a sister who has had breast cancer, so they are already at a slightly higher risk themselves.

Reducing the Risk of Cancer

Obviously abstaining from using permanent, dark hair dyes is going to help remove the risks related to breast cancer. However, switching to a less harsh product, such as an organic version, or one that is free of hormones, is a sensible precaution if you do not want to embrace the grey hairs. Dying your hair less frequently will expose you to fewer chemicals too, and therefore can help reduce the risk even more.

However, getting breast cancer is unlikely to be a result of a single factor as there are so many other lifestyle choices which can increase your risk of developing breast cancer. Things like obesity and alcohol play a part too, so if you want to minimize your chances of getting this horrible disease, then it is worth taking a holistic approach and looking at the bigger picture.

Other Risk Factors to Consider

Other cosmetics contain parabens and phthalates, which are chemicals that are being studied for links to breast cancer. Parabens have the potential to trigger the hormone-receptor breast cancers and phthalates disrupt how hormones interact with each other.

If you want to reduce your risk, then choosing products that are free of these chemicals will help. Be sure to check the ingredients in your moisturizer, makeup and shampoo, as well as other cosmetic products.

Certain brands, such as organic and vegan products, are free of nasty chemicals so it may be worth seeking out those if you only want to use safe products.