Can Ovarian Cancer Be Detected Early? 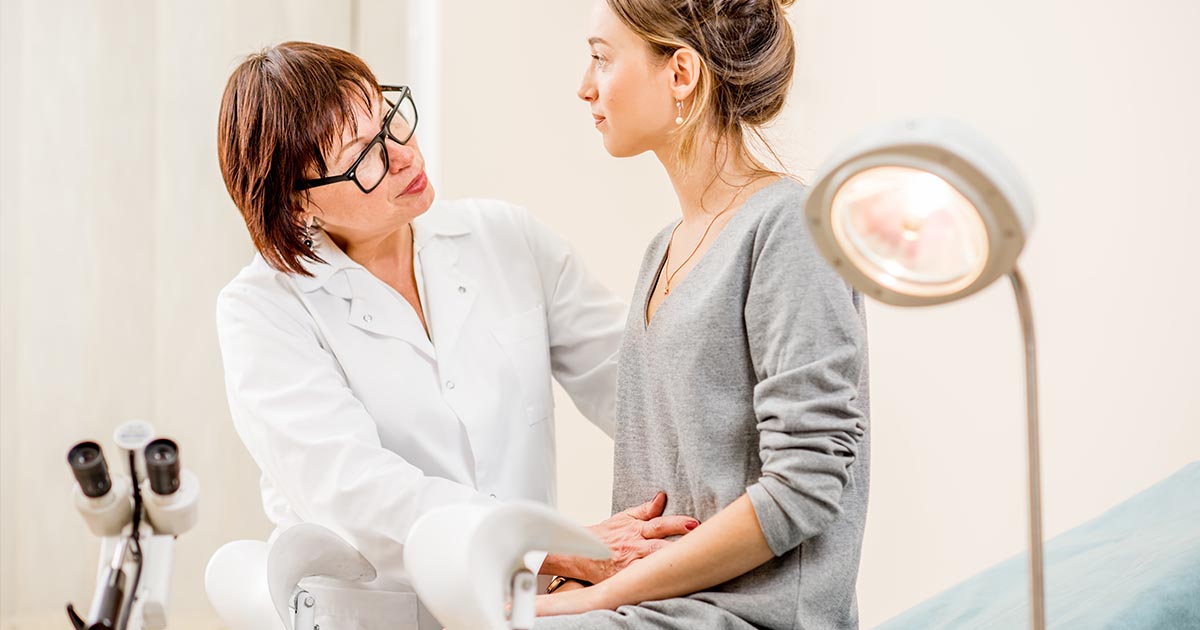 How Early Can an Ovarian Cancer Diagnosis be Made?

The American Cancer Society states that approximately 22,240 women will receive a new diagnosis of ovarian cancer, and about 14,070 will die from ovarian cancer. It is also the fifth in cancer deaths among women.

Ovarian cancer is most often diagnosed in elderly women; half of the women diagnosed are 63 years or older. It is also more common for women who are white to develop ovarian cancer than for African-American women.

Although it may seem that there are high rates of ovarian cancer, the rates of have fallen over the past 20 years.

So, how can ovarian cancer be found at an early stage?

If symptoms of ovarian cancer develop, discuss with your physician right away. Typically, early cancers of the ovaries do not cause symptoms. Ovarian cancer symptoms include:

These symptoms may signify a less severe condition, but it is important to notify your physician for a proper work-up.

Once your physician has initiated a work-up, he or she will typically order a transvaginal ultrasound, and a blood test called the CA-125.

Your physician may use other imaging tests to determine the presence of a tumor. For example, computed tomography is an x-ray takes that can take multiple cross-sectional images of your body, which are then combined into an image.

Magnetic resonance imaging (MRI) uses radio waves and strong magnets. “The energy from the radio waves is absorbed and then released in a pattern formed by the type of tissue and by certain diseases. A computer translates the pattern of radio waves given off by the tissues into a very detailed image of parts of the body. Not only does this produce cross-sectional slices of the body like a CT scanner, but it can also produce slices that are parallel to the length of the body.”

Typically, the biopsy is performed by removing the actual tumor. In rare circumstances, a biopsy may be performed during a laparoscopy or with a needle “placed directly into the tumor through the skin of the abdomen.” To perform this type of biopsy, the needle is guided by a CT or ultrasound. This is performed only in patients who are unable to undergo a surgical procedure.

In some circumstances, fluid can be withdrawn from the abdomen. This fluid is called ascites, and it is withdrawn in a procedure called a paracentesis. The fluid can be sent for biopsy in the case of suspected ovarian cancer.

As we’ve discussed, the CA-125 blood test can be ordered. If it is elevated, there is a higher likelihood of the presence of ovarian cancer.

If your doctor suspects a germ cell tumor, she may draw human chorionic gonadotropin (HCG), alpha-fetoprotein (AFP), and/or lactate dehydrogenase (LDH). These may be elevated in the presence in the presence of this specific ovarian cancer tumor.

Ovarian stromal tumors can cause inhibin (a blood level) as well as estrogen and testosterone to increase. She may draw these labs if she suspects this type of tumor.

Although there is no perfect screening tool for ovarian cancer, there are a variety of tools that a physician can utilize to diagnose ovarian cancer. The earlier the cancer is diagnosed, the better the chances for survival.